Skip to Content
Home / mindset / So I finally wrote it … How I became a non-smoker ! The easy mindset way ! 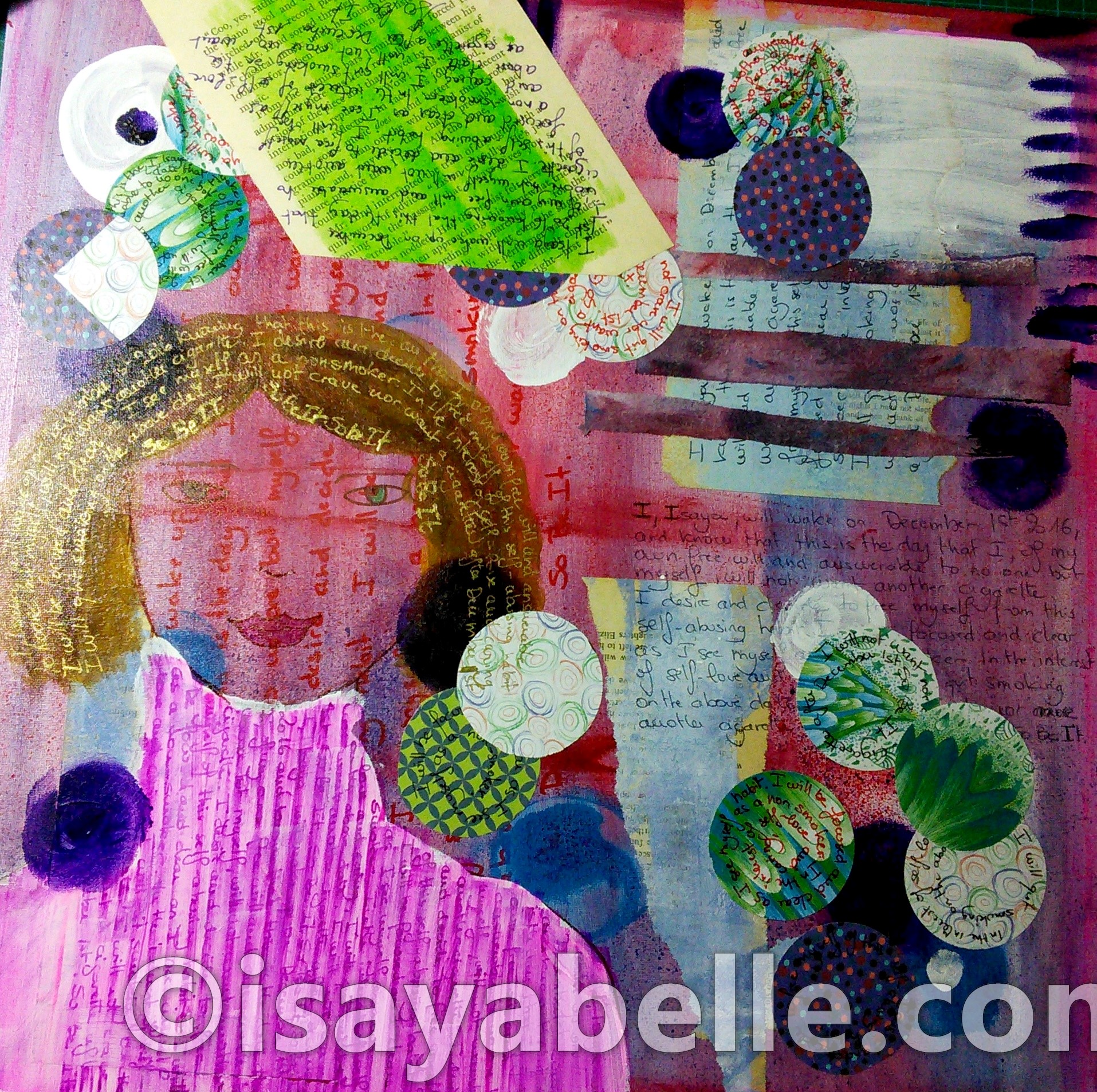 So I finally decided to write it … How I became a non-smoker… the easy mindset way ! And beware… it’s a long one.

I started smoking when I was 16 years old. I had bought some cigarettes in London when I was on vacation, I had never smoked them, but just buying them made me feel so cool. By the way both my parents are smokers.

So someday in October 1983, the year after coming back from vacation, we had a phone call …My grandfather had died, suddenly, from a heart attack, in a hotel while he was on vacation.

That is the day I started smoking.

So you can see how emotional the whole smoking thing was for me, how linked it is to the “I need comforting now” feeling, how I considered  smoking a crutch.

So I smoked for 35 years. And my husband is a smoker which I thought was so cool when I met him … I was 19.  I smoked through my pregnancies,  I smoke through breastfeeding … I started wanting to quit when I was 30 something… stopped several times, mostly one around my 40th birthday saying I won’t be 40 and smoke … I never stopped smoking for more than a couple of months. And I smoked a lot, a pack a day minimum …

Last year I got fired from a teaching job that had given me the opportunity to be creative and do some stuff that I loved. I could have looked for other jobs, but I really felt it was time for a change.

And I decided to change my life.  I was going to be turning 50 (which I did, and have been talking about a lot, I know …)  and so I thought: “Okay, now is the time to stop smoking, to become a non-smoker”.

And for the first time, I felt I meant it. I was sick and tired of spending the money,  of feeling guilty about ruining my health, my breath, my body, blah blah blah because I did feel the guilt every day…

So I did it. I became a non-smoker and this time I know it is for the rest of my life. I decided if I was going to quit smoking, I needed to give myself the best possible odds. And I knew intuitively that I was smoking for emotional reasons (don’t you like this paradox “emotional reasons” …) so the mindset was going to be a big part of the becoming a non-smoker process. First I chose a date… December 1st 2016.

I chose to use 4 main mindset techniques. At the same time. The best odds, as I was saying …

I knew I had to convince myself I could and would become a non-smoker. A few years ago, on a whim, I’d bought some hypnosis audio tracks; of course one of them was about quitting smoking; I had never actually used them … the speaker and hypnotherapist’s name is Steve G. Jones (Steve G. Jones’ site: Better Living with Hypnosis. Or find some mp3 on Amazon here). I decided I would listen to them for at least 21 days in a row, like advised. It can be done just before you go to bed and even if you fall asleep that’s alright, because your unconscious gets the message anyway … After listening once to the audio while being wide awake (I was slightly concerned about the “possible “hidden messages” … but nothing of the sort is in there!), on November 1st 2016, I decided that I would start listening to these every night and that I would become a non-smoker on December 1st. And I did. Religiously falling asleep just after a couple of sentences …

I had stumbled across Louise Hay (oh soo grateful for her work!) and I’d read all over the place that creating and writing and repeating positive affirmations for yourself will help you get through any difficult situation.  Plus I’d read about this woman (thank you angel of the internet whose name I didn’t write or remember…) who quit smoking in the seventies with positive affirmations and mindset only … And I had pasted her small text in a notepad of mine, just in case …

I took some time and wrote myself a little paragraph that basically said that on December 1st I’m ready to become a non-smoker and it’s going to be easy, blah blah blah … If you’re interested, I can send you a copy so you can get inspired but if if you ever go through this journey it has to be personal and you will have to create your own.

So I made up my mind to write this paragraph 3 times a day for one month, same length as hypnosis recording. I grabbed a journal (one that I’ve created, as a matter of fact ! You can find those in my shop HERE) and started writing… And then a second time…But I got bored … It became clear that this wasn’t going to work …  An idea popped into my mind … And I just wrote the affirmation paragraph on a canvas board that was lying there. And thus began the creative journey of becoming a non-smoker … I thought it would be fun to actually create a canvas with writing everyday on it and adding to it creatively everyday as well … documenting the process and feeling good about it … 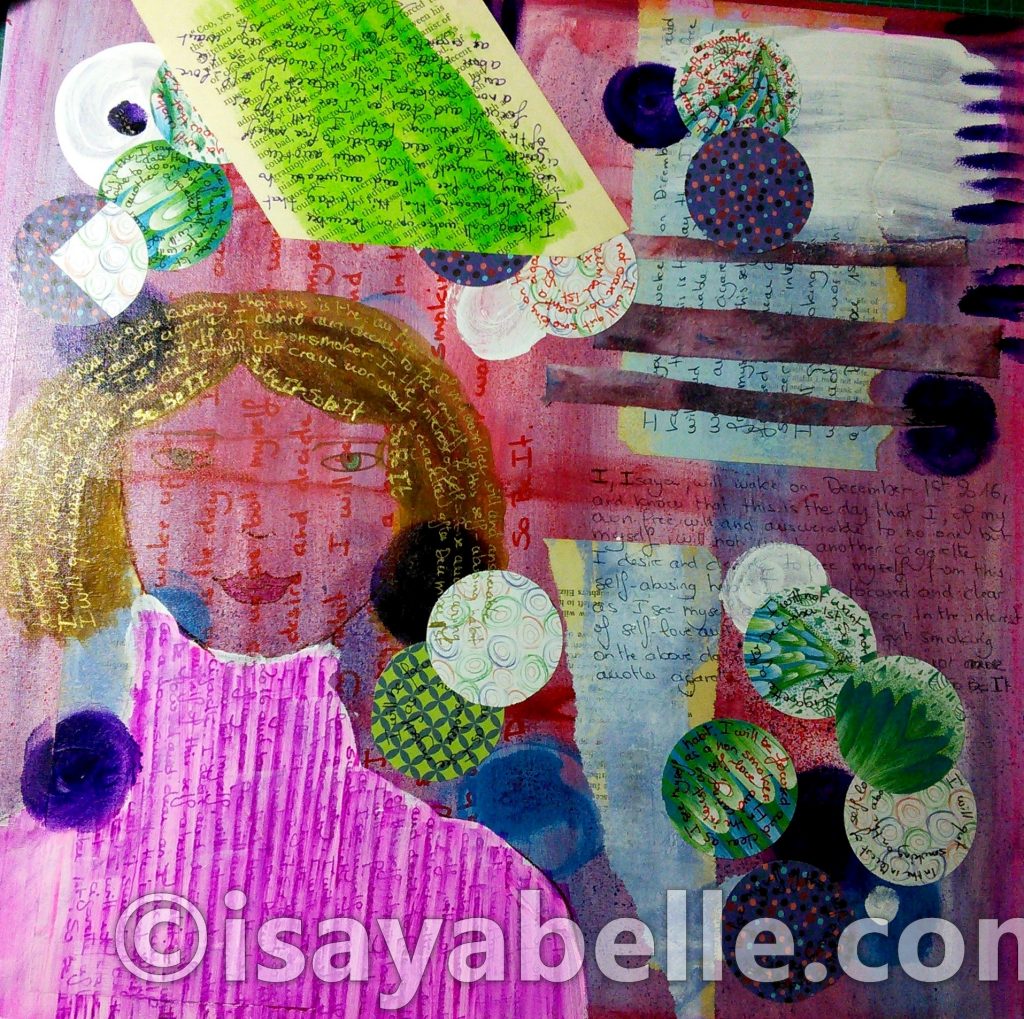 Here is a photo of the result because, of course there are no process photos since I was stupid and forgot to take them … It isn’t a masterpiece, I’m not even sure it’s a work of art … But it’s an art journal of my becoming a non-smoker ! This felt so good because every day I was seeing the progress on the canvas AND in my mind, I was literally watching my mindset change! If you decide to try something like that PLEASE don’t go towards discussing the “quality” of your creation … Here it really is ALL about the process!

I worked on his “women”edition … And I REALLY DID THE WORK. The best odds, again … For once, I told my rebellious soul to shut the f*ck up and decided I was going to play by the rules and indeed do whatever the guy told me to do. So he said take notes, read quietly, don’t rush … And I did. Basically I think this book is a hypnotic read. It aims at changing your beliefs about smoking and nicotine: it’s a mindset book. If you don’t change your beliefs that means you will still be a smoker if you keep the mindset of a smoker. And yes the book will repeat itself many, many, many times … But this is the way it works… like hypnosis!

So I took notes, and I read, and re-read, and re-read, very slowly… while smoking … Because all of the above I did while smoking … In November !  And I managed to plan my reading to finish on November 30th. By the end of my reading, a lot my conscious beliefs about smoking had been shattered … And I was READY to quit. I just needed one more tool !

THAT was the real game changer for me, along with the creative process. I knew I needed ALL the help I could get, so I searched the internet and found this App … Jason Vale is now officially my favorite super hero ! He is now known as the Juice Master … You can find more about him by following the links. I’m in no way an affiliate, I’m not selling anything on his behalf,  and I haven’t followed any of his Juice diets (yet ?) …

The App I’m talking about is ABSOLUTELY FREE (I think he considers it tithing, he’s giving back to the world !) anyway … Jason Vale stopped smoking with the Allen Carr method and then proceeded to make a 2.0 tweak on that method by creating this App.

So in the App, there is a 2 hours audio conference that you have to listen to in one go, the day you actually consider is your last smoking day, when you are absolutely sure you want to become  a non-smoker. you will be bombarded with info and words, you just listen and absorb… keeping an open mind (because if you reject it and sabotage yourself … why would it work ?) At the end of it you will have your last cigarette with Jason then go to bed… and wake up a non-smoker! At least that is what he claims …. and what happened for me! And again I followed the rules, I did the work. I listened to the audio on November 30th … I woke up the next morning and I felt different, I felt I was a non-smoker and have not smoked since then… and will not ever again.

In the App, there is also a hypnosis audio which I listened to every night for a month from December 1st, and once a week for 6 months… Now I still listen to it when it calls to me … roughly twice a month … When I I need some reassuring. Me and my unconscious know it by heart and are loving it, pronunciation mistakes included!

And finally in the App, there are also 2 SOS videos, in case you have cravings or doubts once you’ve become a non-smoker. Which I almost never needed. I watched them to know what they were about BUT I did NOT have cravings, or pain, or any type of angry or depressed behaviors…

I didn’t use any substitutes (no patches, gums, etc).

i didn’t take ANY medication of any kind.

I didn’t smoke any other things (no e-cigarettes or tobacco replacements, etc).

I did not put on weight. I didn’t “transfer”my addictive behavior to anything else (no alcohol, sugar, etc)

I did not become aggressive or depressed or anxious or sad …. (so says my family, who are still amazed at how “easy” the process was for them!)

On November 30th 2016 I was an unhappy smoker.
On December 1st I was a happy non-smoker.

I am a non-smoker, I have been for 248 days (or so the App says!), and I will stay a non-smoker for the rest of my life. I choose not to smoke everyday … And it does feel like an easy choice!

I switched my mind from smoker to non-smoker.  So I started investigating about that… What else can my mind/my brain do ? I searched, listened to talks, researched, read, took courses, lessons, webinars, coaching sessions …

What I learned in the process is …  gigantic.

I learned that my mind is oh so powerful.

And trust me here, if my mind can… So can yours!

If you want to stop smoking, if you really want to change on a cellular level, if you want to switch your reality, if you want to learn more about the power of your mind… and learn how to uncover it and unlock it, while enjoying yourself every step of the way… Stay tuned here for more in due course,, or contact me to see if I could be of assistance to you.

The day everything failed … 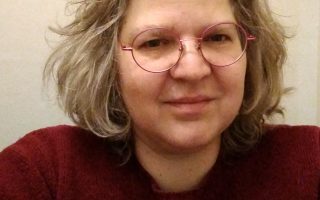