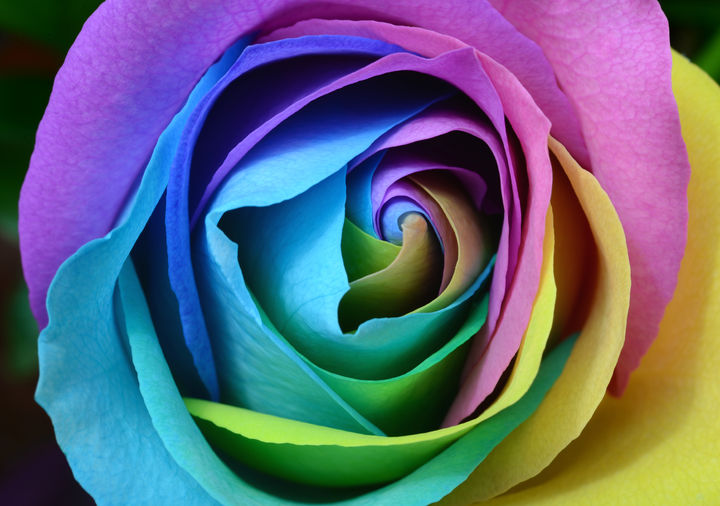 – What is an archetype?

It seems that I do it often.

And maybe you are wondering … what is an archetype?

And here is the moment when you can finally learn about it, and I can explain, clarify and illustrate what is commonly called an archetype.

Let’s start with a dictionary, it’s always a good place to start, and find some definitions on the word archetype.

– recurring symbol or motif in literature, art or mythology.

– a very typical example of a certain person or thing.

– (in Jungian theory) a primitive mental image inherited from the first human ancestors and supposed to be present in the collective unconscious.

Then there is Wikipedia, another good source…

Archetypes have been present in mythology and literature for hundreds of years. The use of archetypes to analyze personality was advanced by Carl Jung in the early 20th century. The use of archetypal characters in fiction is of interest in that a large group of people is able to unconsciously recognize the archetype, and therefore the motivations, behind the character’s behavior. “

Does that seem a little clearer now?

The Brute Archetype – Intimidates others.

The young lady in distress – The hero saves her.

The figure of the devil – Tent the hero.

You see now, the thing with archetypes is that we know them all.

We have known them since our childhood.

In fact, the archetypes that persist in the collective unconscious for centuries, if not millennia, always seem familiar to us, and most of the time, we don’t need explanations to fully understand what they mean.

An archetype is a character who appears in the stories of many different cultures, which makes him well known, sometimes around the world.

Archetypes can almost be defined as genetically inherited, with our brain structure!

We have seen previously that the archetypes were defined mainly by Carl Jung and, to quote it, they are not “individual acquisitions, but rather common to all, as we can see from [their] universal occurrence”.

And if I were to mention a specific archetype, without explanations or names, or place it in a story, you could still immediately have a mental picture of what the archetype refers to.

Can you visualize the archetype of the Bad Guy?

Of course you can.

A little summary then …

Archetypes are a concept introduced by the Swiss psychiatrist Carl Jung, who considered that archetypes were models of people, behaviors or personalities. … In Jungian psychology, archetypes represent universal models and images that are part of the collective unconscious.

So I think you now know better what an archetype is … 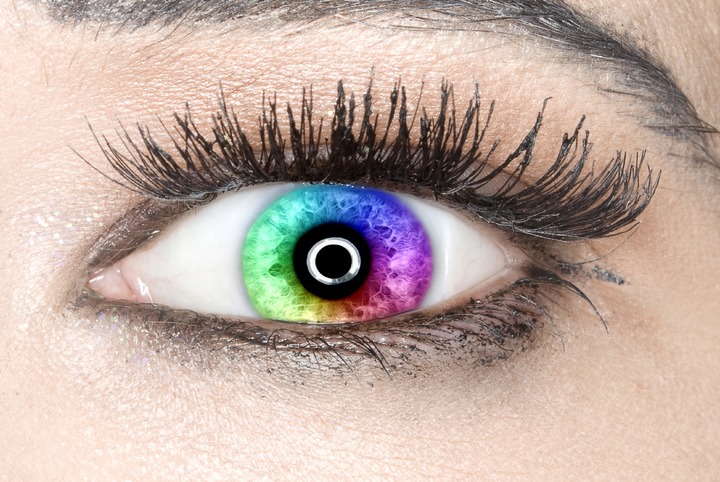 There are six main Greek Goddesses who lived on Mount Olympus … and I have personally added a few more to enrich the possibilities and provide a wider range of archetypes to study.

The Greek Goddesses personified strong feminine qualities, whose archetypes reside in all women. Understanding these archetypes and becoming aware of the goddess or goddesses governing one’s individual psyche can open up new ways of understanding for each woman.

Psychologist, C.G. Jung thought that people (in our case women) are influenced by these inner forces (archetypes), which are part of our collective unconscious. Harnessing this knowledge can educate a woman. It can help us find new personal meaning in our lives, or even give us the power to change our life course and open a new path to enrich our soul!

Studying the archetypes of Goddesses can enrich a woman’s life by giving her a new perspective on what it means to be a woman, learn to value her gender, and to appreciate the Goddess in herself!

Once you know your archetypes, the world becomes much easier to navigate.

You can then go inside to invoke the power of your Goddesses and become the woman you always wanted to be!

Based on your archetypes, you can make more inspired choices, in your relationships, to excel at work, or to choose a garment. Through the prism of these archetypes, the world is clearer. You can lead a truly independent life knowing which doors you have to go through and which ones should rather be closed. Knowing your archetypes gives you the vocabulary that will help you better understand yourself and better understand others.

The following is a brief description of the archetypes of the goddess. Find the goddesses who most resemble who you are, and who you aspire to become.

And don’t forget to tell me everything! 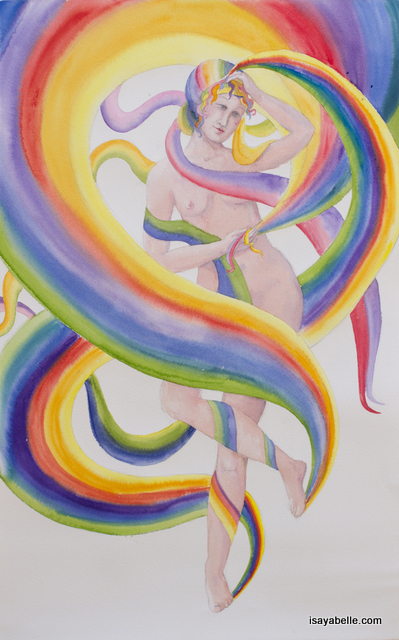 Gaia: Goddess of the Earth, she literally IS the planet. Gaia is the grandmother and the guardian, the basic and fundamental factor in the life of any woman. A woman very concerned with ecology and nature, ready to undertake crusades and hikes, she is a Gaia woman! The goddess also represents the abundance of nature and Her influence can be seen in planters, women farmers, tree and ocean activists, etc.

Persephone: the Maiden Goddess and Queen of Hell; also revered as “Kore” (the girl). The Goddess Persephone represents the duality of the woman-child. Persephone influences a woman who has difficulty engaging in a relationship or a job, or even in studies. She never really knows what she wants to be when she grows up, but she also has the remarkable ability to be eternally young!

Aphrodite: Goddess of love and beauty. Aphrodite governs women who love love, beauty, sensuality and sexuality. Aphrodite’s influence is felt in a woman’s desire, as well as in her need for artistic creativity. Aphrodite requires intensity, total absorption towards those around her or in what she does.

Demeter: Goddess of grain and nourishing motherhood. Demeter was revered as the “Mother Goddess” and Persephone’s mother. Demeter represents the maternal instinct; the archetype gives women a compelling desire to get pregnant. A Demeter woman needs to feed and care for her children and finds great joy in preparing food for her family and guests.

Hestia: Goddess of the hearth and the temple, wise woman, Hestia is perceptive and seeks to understand intuitively what is happening. Hestia doesn’t have to leave home to find herself; She makes the home a home. The Hestia archetype gives a woman a feeling of fullness.

Artemis: Goddess of the hunt and Goddess of the moon: she was the archer with the perfect aim. Artemis is a back to nature woman ; a sister; She does not belong to any man. Artemis strongly represents talent and competence, independence from men and masculine opinions, the passionate concern for powerless women and children, and women in childbirth.

Athena: Goddess of wisdom and also Goddess of crafts. She is a pragmatic thinker who can keep a cool head in an emotional situation. The Athena archetype is present among businesswomen, university professors and other professions who depend on the strategy of women to move forward. Athena women seek the company of men on an equal basis.

Hera: Goddess of marriage; her name means “great lady”. Hera is attached to the role of wife, which brings both joy and sorrow. Hera is the symbol of commitment and infidelity in her marriage can sometimes drive her into jealous rage. Women who have an urgent desire to marry experience this archetype in their psyche.

Iris: Goddess of the rainbow and messenger of the gods: she is the representation of the complete woman, who has integrated all the archetypes and can now claim to communicate directly with the Goddesses. She visited each archetype, each color of the rainbow, and learned from it to progress.

These are the 9 archetypes that I generally present as the main ones to support women.

Of course this summary of their characteristics is extremely brief and there are several facets to each Goddess, this is what makes the great strength of the Archetypes.

Of course, there are many more, some less known, others more frightening, all beneficial to visit, on our way to our higher selves.

These ladies are at the heart of my teachings and my mission to make the world a better place by helping women open up, feel stronger and become the highest version of themselves, while participating in the awakening of Divine Feminine Energy in the world!

So I’m not done talking about them! Each month, I invite you to a free masterclass on one of these Goddesses and on a particular theme on which you can work or play, about this archetype.

In the meantime, I hope that you will reflect on these 9 archetypes and that you will send me an email or a comment on the one or the ones with which you particularly resonated. 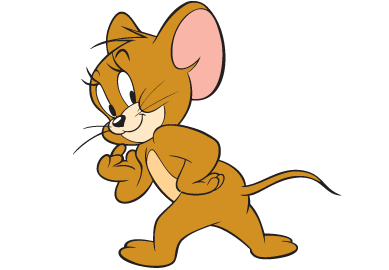