Home / hestia / The seldom told story of the ever present Hestia 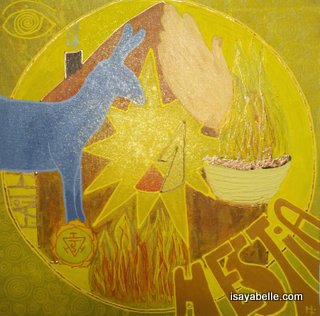 Today, for something a little different, I decided to tall you a tale, a story seldom told, a forgotten legend, a myth that is ingrained so deep in our minds and at the same time so lost in oblivion ….

It is the story of the Greek Goddess Hestia, one the main Olympian Goddesses, usually referred to as the the virgin Goddess of the hearth, the right ordering of domesticity, the family, the home, and the state.

Once upon a time on the Olympus, there was a maiden who had been born first and then last, she was the eldest and the youngest.

She was the first born of the Olympians, daughter of Cronos and Rhea, and later was the last one to be released after being swallowed by her frightened father.

Her name was Hestia, and her brother Zeus then became king of the Gods, master of the Olympians and mortals.

Hestia developed into a humble, gentle and good-natured, rather introvert and quiet person, but she grew in grace and beauty, so much so that she caught the attention of the Gods Apollo and Poseidon.

One day, as Hestia was walking in the huge marble corridors of the Olympians’ home she heard some music being played. She ventured to find the origin of the beautiful melody, and eventually found Apollo playing lyre. She congratulated her nephew and left discreetly. Apollo was the God of beauty, music, healing and poetry, among other things… He could have any mortal or even Goddess he desired. Why and how he became besotted with the reserved Hestia remains a mystery to this day.

However, it is said that for days and days, he would pursue her all over the place, playing music and reciting never-ending poems to her about her looks, her charms and how in love with her he was.

To all the other Gods, this seemed like a teenage crush … A loud and irritating one, but no big deal… But not to Poseidon …

To Poseidon, almighty God of the seas and oceans, this was more than bothering him. He himself had been captivated by the gentle and caring Hestia, always tending to everybody’s needs. He sensed that she would be a good wife for him, one that could comfort him when he came back from his travels and adventures.

Poseidon was technically her brother but we know that these details did not stop the Olympians. He thus proceeded to go to his brother Zeus and sought for her hand in marriage.

In case you want a visual presentation of the “characters” of this story, here is one by Ravynne Phelan, one of my favorite illustrators.

Back to our story …

In the meantime, so had Apollo … begging his uncle to let him marry his beloved … aunt.

For Zeus, this was a nightmare. He feared he was going to have to decide who could marry Hestia … And that his decision would make one the other Gods very unhappy, potentially initiating a war that all Gods might get involved in.

Mumbling and groaning, Zeus summoned all the Gods in the huge throne room of Mount Olympus to hear everyone out and make a decision.

Apollo spoke first and speaking is not the right word for it… He sang and recited and declaimed for a good four hours about Hestia and his epic love for her, along with his desire to marry her as soon as possible, and consummate it, thus creating numerous beautiful children.

After he finally finished pleading his case, Poseidon took the stand and in a blaring voice just said : “I want her, I need her to take care of me, give her to me”.

But he shouldn’t have been …

Because Hestia decided to speak for herself. She explained that she wasn’t having any of it . . . saying that Aphrodite’s ways (romance and marriage) were not her ways, that she did not wish to be guided by her romantic desires, she asked Zeus to let her remain an eternal virgin.

More than anything else, she wanted to follow a path that was true to her nature and was of her own choosing.

Zeus, grateful that Hestia’s announcement had averted the possibility of war between the rival suitors, not only supported Hestia’s wish to remain single but decreed that Hestia’s name should be mentioned first in any prayer and that she should receive the first portion of any sacrifice and be honored in the temples of each of the Olympian deities.

Hestia then put her hand on Zeus’s head and swore an oath to remain a virgin forever.

So delighted was he with Hestia’s decision, that Zeus handed her the keys to the family home (Mount Olympus) and offered her the position of manager, and with it the responsibility of running this vast estate while the rest of the gods and goddesses wandered about in the larger world having all sorts of adventures.

True to her nature, Hestia stayed at home, never leaving Mount Olympus, always there to welcome the others and enjoy their “homecomings”.

Hestia’s refusal to marry Poseidon or Apollo is the source of her great power as a goddess. From this point, Hestia is not associated with deeds, but with simple existence. This is so foreign to contemporary thought in the Western world that she has been virtually forgotten.

She nonetheless remains the humble, gentle, unseen and quiet center of every home, every body and every soul.

Today, for the modern woman, she can be an inspiration to look within and to the center, to remain herself and to base her self-esteem on her own faith rather than on exterior circumstances or opinions.

I’ll let you ponder that and tell me all about it in the comments.

PS : Oh and if you feel that the Hestia Archetype is calling you, that you might be in dear need of some sacred fire connection … of catching your breath … You can join the Free mini workshop Breathe with Hestia on Thursday, July 18th. Here’s the info:

Do you feel tired and overwhelmed ?
Do you experience shortness of breath or agitation ?
Are you often troubled and feel you can’t quite relax ?
Are you often changing your mind after someone suggest something else ?
Would you love to meditate but don’t know where to start or how to manage ?
Do you feel you’re scattered all over the place, stretched too thin and jumping from one ” I must” to one “I should” ?

I see you.  THAT is when you need assistance from Hestia, Greek Goddess of the Sacred Fire.
Assistance in aligning with your most sacred desires and wishes, assistance in breathing in your power to assert your personality and express your highest self on a daily basis.
If you feel the call, take part in my free “Breathe with Hestia” Live Mini Workshop, happening Thursday, July 18th ! Subscribe to my email list and I will be sending you the links for this Free hands-on 1 hour workshop to learn about the many ways Hestia can help you breathe in your power !
Click here: http://bit.ly/2JbIipJ

PS 2 : if you have another minute, I also want to share some additional information about Hestia. Hestia is the Greek Goddess of the hearth fire and spiritual fire. A sacred flame was kept constantly burning for Her in every city and in every hearth. Brighid is the Celtic Irish Goddess of the hearth fire, a sacred flame was kept burning for Her in every hearth and as St Brigid, her sacred fire burns on in Kildare, Ireland at Her sanctuary there. Brighid is the midwife of the sun, bringing the new light to birth and stirring the earth into life. Hestia is the spiritual fire in the centre of the universe as well as within us, and in our homes. She is the demiurge, the creative force, the power of kinesis, movement. Hestia and Brighid are different cultural manifestations of the same sacred source.

On my recent trip to Ireland, I was lucky enough to meet Brighid and even celebrate rituals on her sacred land and sanctuaries. I felt really close to Her and when realizing that she was so close and connected to Hestia, who is my “all time fave” Greek Goddess, it was no wonder to me anymore why I’ve felt so attracted and connected to Ireland ! More about that amazing trip soon ! 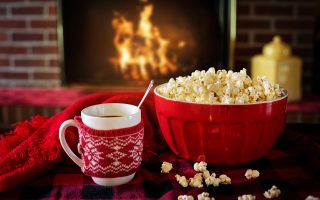 I’ll be by the fireplace, thanks for the reminder Hestia ! 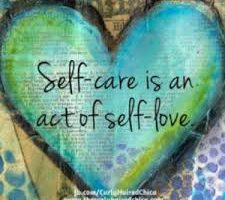 I called in sick … And heard Hestia talking …