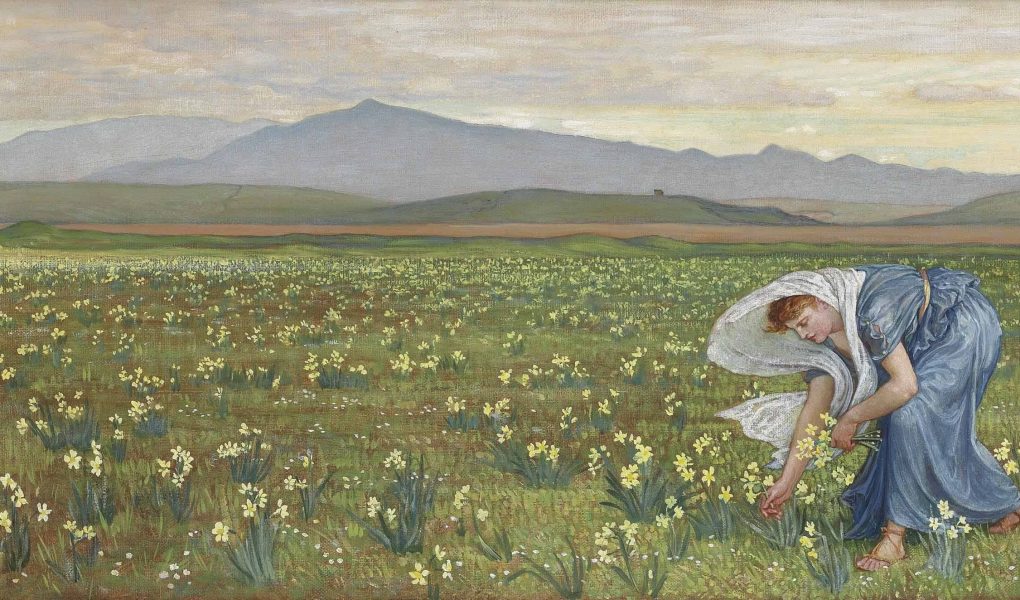 So do you know who Persephone is ? She is a Greek Goddess. She has two very different aspects, almost opposite to each other, that is why she can be celebrated and honored in the Springtime and in Fall. Persephone is often overlooked when listing the “main” Greek Goddesses… To me, that is a big mistake …

Today, since I live in the northern hemisphere, I will be concentrating on her Spring characteristics. See you in Autumn for the second episode of this saga!

Persephone is Zeus and Demeter’s daughter. Yes, I know, those two are brother and sister … The Olympians were something else … Still it means that Persephone is the daughter of the King of Gods and that is not a small thing …

Persephone indeed has two names… Her first name is KORE, which in Greek means daughter, maiden. So even her name defines her as a daughter first.

You might know the story … In short, she was abducted by her uncle (yes I know, Olympian morals again !) Hades, King of the Underworld, who wanted to marry her… She was indeed a very beautiful maiden but Demeter had an obsessive love for her only daughter and kept all men away from her.

Her mother Demeter, Goddess of the goddess of the grain, agriculture, and fertility was so desperate that she stopped all things from growing on Earth, until her daughter was brought back to her. The earth began to dry up, harvests failed, plants lost their fruitfulness, animals were dying for lack of food and famine spread to the whole earth, resulting in untold misery.

Demeter begged Zeus, her brother and husband, father of Persephone, to literally withdraw her from the Underworld and forbid the wedding. Zeus did not want to irritate his powerful brother Hades so he refused to interfere.

But the crops were dying, nothing was growing and the Humans were dying …. Something had to be done …

After a tough negotiation lead by Hermes (who else but the God of trade, wealth, luck, language, thieves, and travel, one of the cleverest and most mischievous of the Olympian Gods, could conduct this difficult discussion) the Gods found an agreement.

Persephone could come back and leave the Underworld forever IF, and only IF, she had not eaten anything from the world of the dead.

Alas (or not ??) Persephone had just accepted from the hand of her (maybe not so terrible, but very powerful and slightly seductive) husband, a few seeds of the pomegranate fruit. Thus she was now a part of the Underworld …

And again a new negotiation had to occur … Finally a compromise was reached.

Persephone was to remain married to Hades and spend six months of the year in the Underworld, the world of the dead.

The rest of the year, she would come up and live with her loving mother Demeter, on Mount Olympus.

During the months when Persephone was in the Underworld, Demeter would be sad and angry, and would abandon her duties as an agriculture Goddess … these were the months of Autumn and Winter, when the land is not fertile and does not give crops.

Whenever Persephone came up to Olympus to live with her mother, Demeter would shine from happiness and the land would become fertile again and fruitful. These were the months of Spring and Summer.

The myth thus explains the change of the seasons, the eternal cycle of Nature’s death and rebirth.

It explains why Persephone is the Goddess of Spring, of held promises, of Nature’s awakening and of brighter futures ! She is the one that brings us flowers and leaves and fruits and cereals and food again ! This maiden can be seen as a beacon of hope and a plentiful, “pregnant” representative of Spring. Maybe even as an archetype for a new generation … Thus the awakening mentioned in my title !

But there is more to it …

If you’ve read the story up to now, you may have noticed that all the decisions were made FOR Persephone … She is Kore the daughter, the maiden, she never seems to have anything to say or the right to choose anything in her lief … except … and that is a major except … the eating the pomegranate seeds … That may well be her first real decision about her life …

And what is this decision ? To get married to Hades, bad boy if there is one, King of the Underworld and God of the Dead … Symbolically, the pomegranate seeds are red, which refers to the few drops of blood that may trickle when a maiden, a virgin is deflowered … Basically, she chose to have sex with a bad boy !!

Another type of awakening if there is one! Which might also explain the “pregnant” component in her myth !

Persephone is, as we have seen, a dual Goddess, one of Spring, life and promesses, and one of death (she IS married to Hades !), darkness and shadow healing work (which I will talk to you more in September!)

To me awakening mostly means that I (you ?) get to make my own decisions, my own choices in life and stop depending on other people (mum, dad, husband, neighbors, society as a whole) and on hie opinions about my life.

In essence: Give 0 F* to anyone … Awaken to the realization that I am my own master and the master of my Universe, that I do not have to give that power on my life away to anyone …

It seems simple and easy enough doesn’t it ?

Do I do it everyday ?

If you do … You can take part in my free “Awaken with Persephone” Live Mini Workshop, happening Friday, April 26th !
Subscribe to my email list and I will be sending you the links for this Free easygoing 1 hour workshop to awaken the vision and find new purpose in your life !
http://bit.ly/2WV6hz0

I’ll be honored to accompany you when you meet Persephone, and experience how much fun and love she has available for you ! 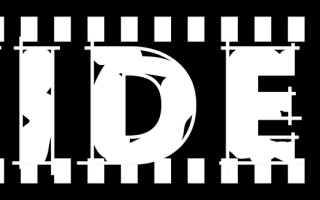 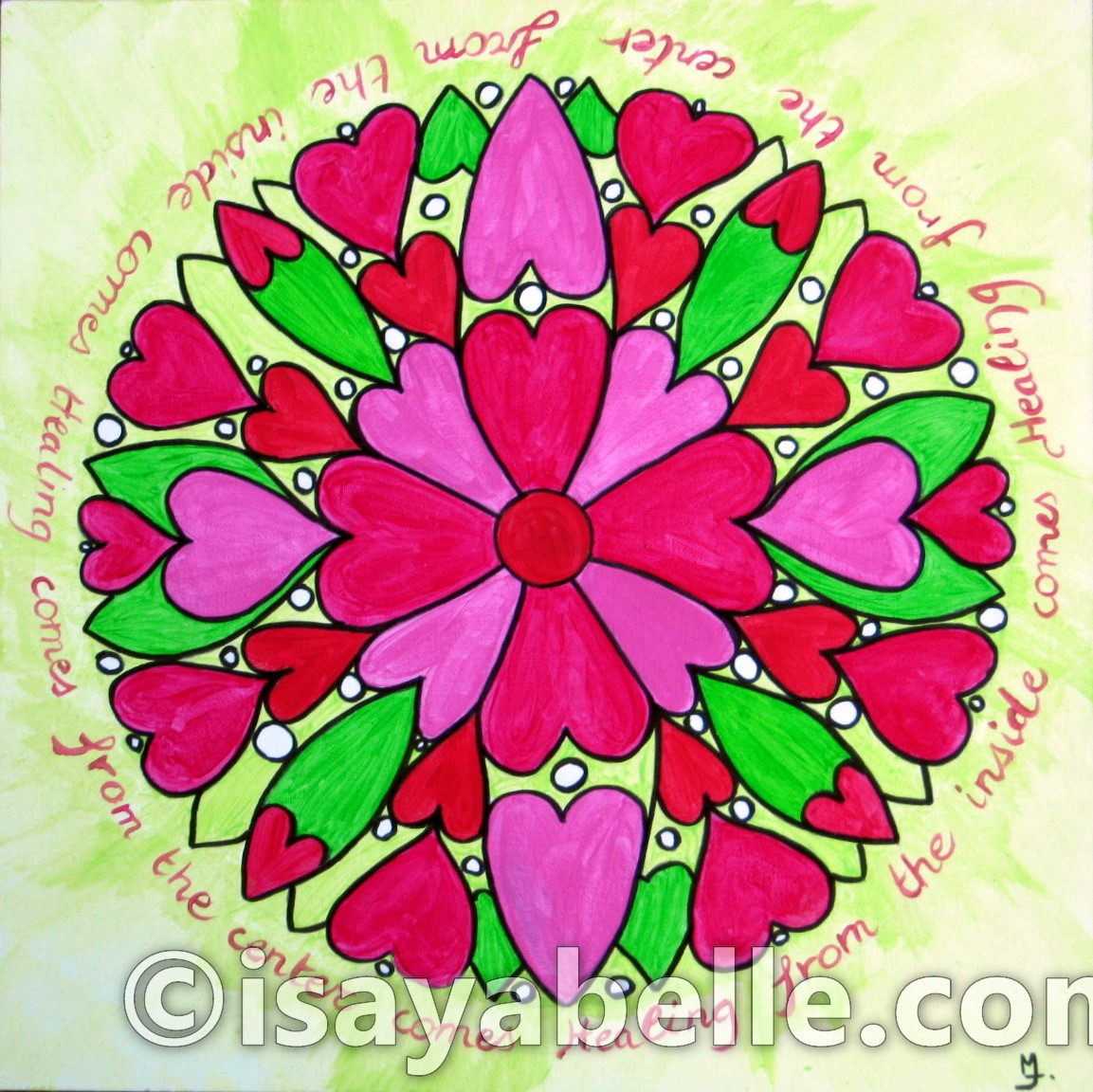